The cherry production in many countries has been hampered by poor weather conditions, with Spain being battered by heavy rains and pollination being affected by winds in North America. Other countries, however, have seen record productions, with South Africa experiencing its largest production of cherries ever. In Australia, Tasmanian cherry exports have risen by 40% this season.

Italy: Interesting prices for Italian cherries due to varying conditions in growing regions
The 2021 cherry campaign in Apulia, characterised by above-average yields, low prices, small to medium sizes and daily protests, is expected to end in the last days of June/beginning of July. At the moment, the variety in harvest is Ferrovia, with prices paid to the producer ranging from 1.00 to 1.50 €/kg for sizes of 24-26 mm.

In week 24 of 2021, harvesting intensified in the Campania region, where higher temperatures during the week accelerated the ripening process and boosted harvesting operations. The larger quantities that reached the markets were matched by a moderate demand and prices showed a decline.

In the north of Italy, production was heavily affected, depending on the area, by the spring frosts. A lot of production was lost, up to 50%, especially in the lowland areas of Emilia Romagna, but also in the hills in Veneto. Prices for large-sized cherries are very interesting. Well-processed and sized fruits will be increasing well priced in the coming weeks. High-density planting, with plants placed every 50 centimetres in the row and which can be managed without ladders, is becoming established. This allows for lower harvesting costs and larger fruit.

Spain: Heavy rains batter Spanish cherry growing regions
The abundant rains during the last week damaged the cherry orchards in El Jerte, Extremadura, the largest cherry growing area in Spain. The harvest was at its peak when the rains unloaded so, depending on the area and the altitude and how ripe the fruit was on the trees the cracking damages go from 20 to 40% of the production. Picota varieties, the stemless ones, have been also significantly damaged as their harvest was about to start, they will reach the markets next week with consistent volumes. El Jerte cherry campaign will have still 3 more weeks to go. Other growing areas have been also affected by rains in Spain, particularly in Aragon. In general, the cherry demand and prices are good although sales to wholesale markets are still lower than the years prior to the pandemic.

South Africa: Strong season with largest crop yet for South Africa
The total production for 2020/2021 was approximately 900 tonnes and exports around 440 tonnes, the biggest cherry crop South Africa has ever had.

Most of the exports are to the UK, followed by Europe and the Middle East, from around week 40 to week 51. A bit is also sent to Africa and the Indian Ocean Islands.

In the five years leading up to 2020 there was a 98% growth in cherry hectares in South Africa. There are 520 hectares of cherries in South Africa, primarily around Ceres (Western Cape). One cherry grower is still expanding their cherry orchards but at a slower rate than previously, licensing a number of new growers in the north of the country. 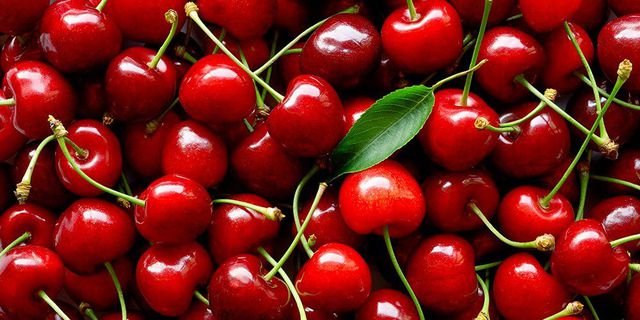